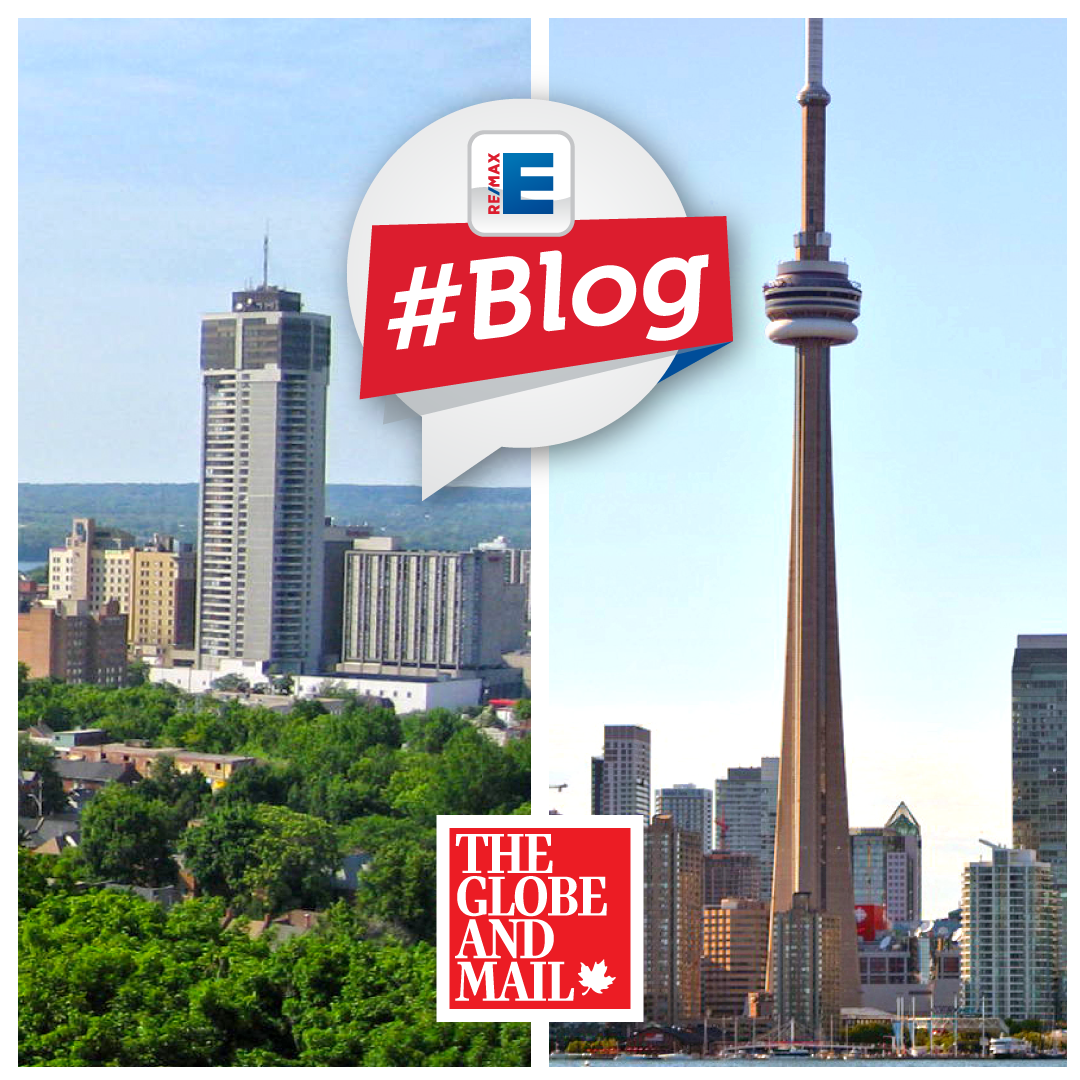 Hamilton’s real estate market outperformed much of the country in May – often with the help of Toronto residents who are swapping cramped high-rise condos for spacious suburban homes.

The latest data from Teranet and National Bank of Canada show that house prices in the area at the west end of Lake Ontario rose 2.2 per cent in May from April. That marks the strongest gain among the 11 metropolitan areas across Canada that make up the Teranet-National Bank House Price Index.

Compared with May, 2018, prices in the Hamilton area rose 5.1 per cent last month. That brings the average price to just a hair below the peak achieved in August, 2017.

For the Hamilton area, the average price was $543,797 in May, according to the cross-country index, which tracks price trends based on a large sample of the property deals registered at land title offices.

The market in Hamilton and surrounding suburbs cooled off considerably in 2018 – along with many others in Canada – as interest rates rose and the federal banking regulator introduced a mortgage “stress test” that made it harder for some potential buyers to qualify for a loan.

As markets softened, many potential buyers and sellers remained on the sidelines.

But the downtrend in the real estate market in the Golden Horseshoe that stretches around Toronto and Lake Ontario appears to be fading, according to National Bank of Canada senior economist Marc Pinsonneault.

Mr. Pinsonneault points out that the 0.5 per cent increase in May from April broke a nine-month losing streak for the Canada-wide index.

Hamilton’s index-beating performance stems largely from the fact that the area has good transit links to the Greater Toronto Area and relatively cheap real estate, according to broker Conrad Zurini of ReMax Escarpment Realty.

First-time buyers, meanwhile, are still able to find a townhouse or semi-detached for less than $500,000.

While cold and wet weather held back listings and sales in the early part of the spring, activity picked up in May and June.

Mr. Zurini says buyers with a slim budget can still find properties in the $350,000 to $450,000 range, while condo units may sell below the $300,000 mark. Affordable properties can often be found in the east end and on the Niagara Escarpment, known locally as “the mountain."

Demand in the south and south-west end of Hamilton and near McMaster University has driven up prices in those areas, he says.

In upscale Burlington, Mr. Zurini currently has a three-bedroom bungalow with a backyard pool listed for sale with an asking price of $1.199-million. A waterfront estate might sell north of $5-million.

Mr. Zurini says appointments booked through his offices are up 24 per cent so far in 2019 compared with the same period last year.

The Realtors Association of Hamilton-Burlington reports that sales in the region jumped 10.9 per cent in May from May, 2018.

Mr. Zurini says many buyers in the Hamilton area are people fleeing the rich prices in the GTA. Even Burlington seems affordable compared with Toronto because a single-family home can be purchased in the $700,000 range. That’s the price of a small two-bedroom condo in the 416 area code.

“If you can buy a detached on the ground for the same amount of money, you’re going to make the move,” he says.

With one in four buyers coming from the GTA, she encourages sellers to attract them with appealing photos on the Multiple Listing Service of the Canadian Real Estate Association.

“When they come down from Toronto, you’ve got to be on that list they look at.”

She recently listed a semi-detached house for sale with an asking price of $429,900 in the Hamilton suburb of Stoney Creek.

During three weeks on the market, prospective buyers didn’t even book appointments to see the three-bedroom house at 45 Yorkdale Crescent.

“Nobody wanted to go through the house,” Ms. Hogben says.

A few agents told her the asking price was far too high.

Ms. Hogben convinced the homeowners that they needed to declutter the interior and touch up the peeling paint on the exterior.

After the house was decluttered and painted from top to bottom, she staged the house with the homeowners’ own furniture to show how spacious and open it is. She estimates they spent $1,650.

“We literally rented a couch – that was it.”

The listing was relaunched on the MLS with new photographs and house hunters flooded in.

On the flip side, Ms. Hogben points out, buyers who can see past clutter and tired paint jobs can nab a bargain.

Her husband, Craig Hogben, is a mortgage broker with Mission35 Mortgages in Hamilton.

Mr. Hogben – who works largely with first-time buyers – says house hunters can often obtain a preapproval for a mortgage and end up spending far less.

The GO Train connections to Toronto have improved, he says, along with the arts and dining scene in Hamilton’s hip downtown. He sees lots of people willing to commute in order to buy a larger house.

Courtesy of the Globe and Mail, June 27, 2019. Article by Carolyn Ireland.