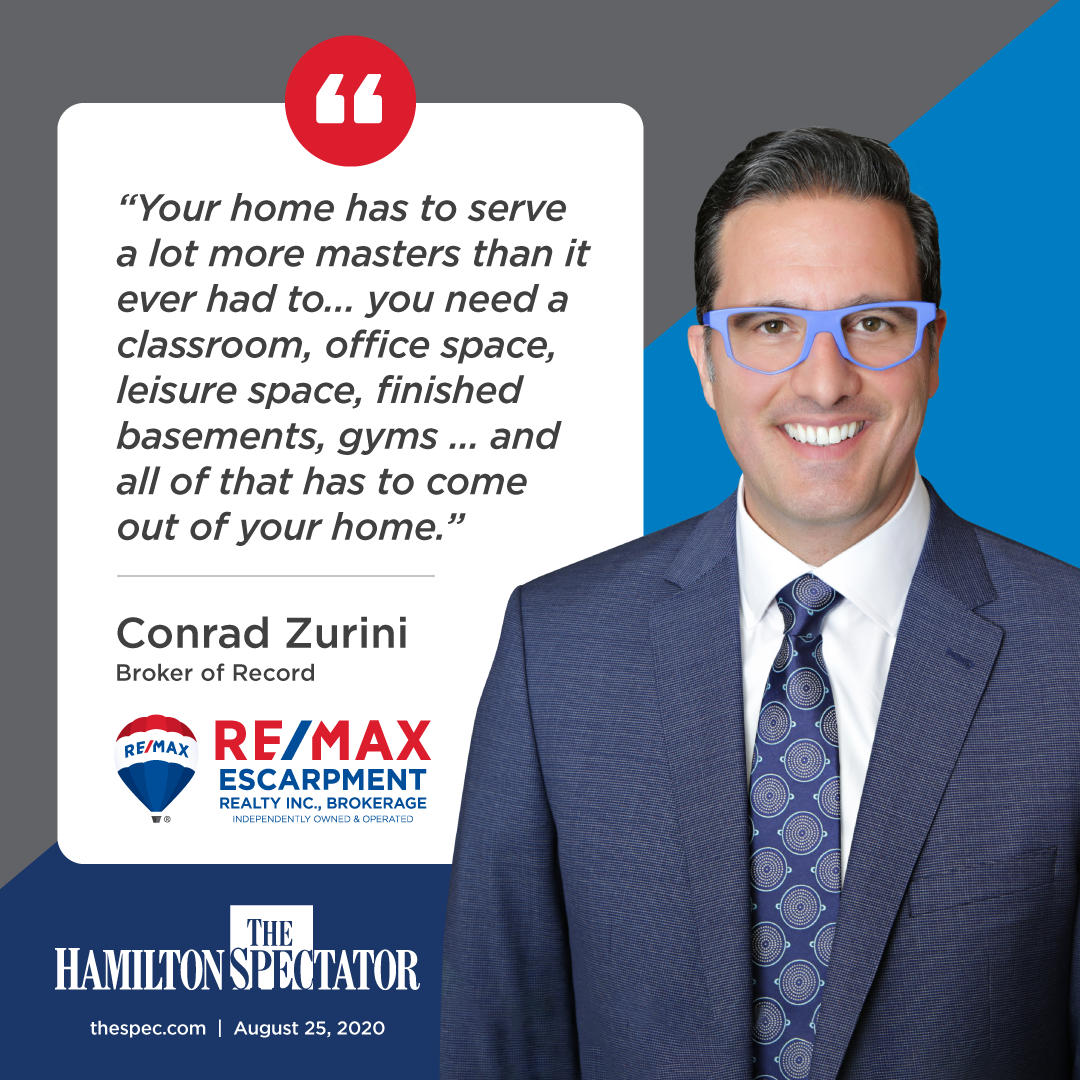 The housing market in Hamilton is sizzling thanks to an influx of out-of-town buyers who realtors say have rejigged what they look for in prospective properties.

More than 32 per cent of Canadians no longer want to live in urban centres and instead prefer rural or suburban communities, says a recent Re/Max Fall Outlook report.

But it’s not an exodus from city cores, warns Hamilton realtor Conrad Zurini. It’s a sign of opportunity.

“Your home has to serve a lot more masters than it ever had to,” says Zurini, of Escarpment Reality Inc.. “You always needed a great kitchen and a great bath, but now you need a classroom, office space, leisure space, finished basements, gyms … and all of that has to come out of your home.”

In short, buyers now value space in a property over other, more traditional forms of amenities. And the numbers hold up.

The Realtors Association of Hamilton-Burlington reported 1,719 residential sales in July, a 31 per cent increase relative to the same month last year. Prices, too, have soared: the average cost of a home in Hamilton is currently $641,588 — nearly $100,000 more than 2019.

Much of that is credit to Hamilton’s outskirts, says Zurini. Neighbourhoods such as Binbrook, Ancaster, Dundas and Flamborough — areas which are less-densely populated — have punched above their weight amid COVID-19.

About half of the homes sold in Hamilton and Burlington since mid-March, the outset of the pandemic, have come from out-of-town buyers mostly concentrated in the Toronto and Peel regions, says Zurini.

The reason being is a simple case of bang for your buck.

Take luxury markets, for instance, homes typically found in sparser areas that are valued at $1.2 million or greater. There has been a 74 per cent year-to-date increase in the sale of residential luxury properties in Hamilton during the pandemic.

Zurini says the upshot here, again, is space: homes that offer more of it give owners and buyers immediate and long-term flexibility.

That’s readily clear in the context of homes with pools.

Zurini says the spread of profit between detached homes with pools has always been a relevant factor in the housing market. But the present difference — one which would give sellers with pools $76,000 more than it did last year — is remarkable. And it speaks to the market buyers and sellers find themselves in.

“People are looking to either expand their existing home or find a home that has more space within it,” Zurini says. “They’re going wherever their money can go that much further, like in suburban areas.”