Our Sold/Appointment index rose to 25.3 appointments on average per property sold during the week - once again, directly related to a lack of listings, so requests are flooding in from Buyers to those listings that are active.

Popular price points in Hamilton dropped slightly from last week, while Burlington saw the highest amount of activity in the $1-2M range, followed by more activity in the mid-range for the area. Niagara saw the majority of activity in predictable ranges, with the exception of a higher than usual popularity of the $650-700k range. 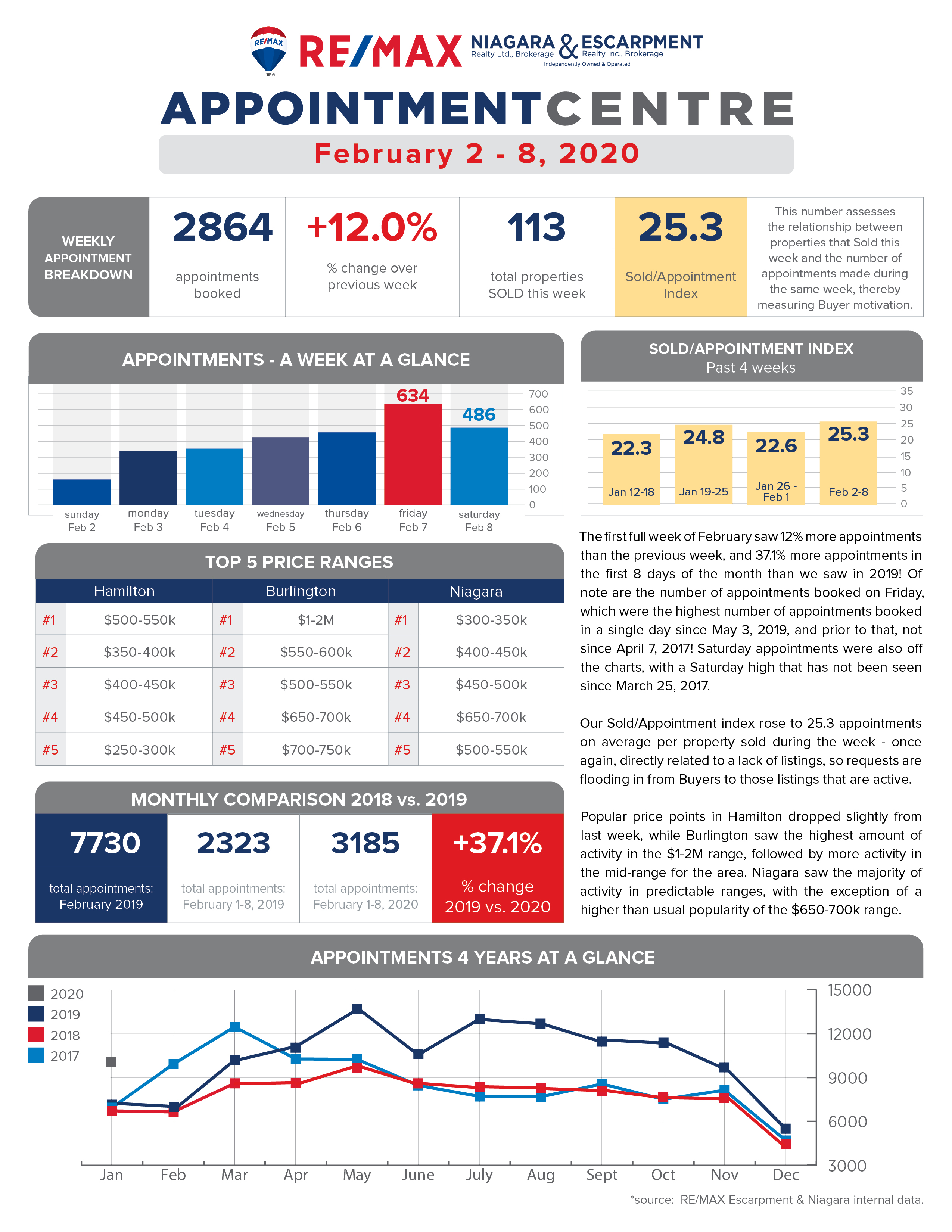