It would appear that the arrival of March and the promise of Spring being just around the corner has prompted buyers to come out of hibernation as evidenced by the 29.3% increase in appointments booked last week. Friday March 8th the Appointment Centre booked 475 appointments, a one day total that has not been seen since early May 2018. Our Sold/Appointment Index is sitting at 14.8 appointments on average per property sold during the week. Stoney Creek appeared in our Top 5 Districts, along with the usual Hamilton Mountain, West and Centre. Price ranges in Burlington seem to have settled for the most part back toward the higher end, with some low and middle ground appearing. Overall, appointments in March are an astounding 25.1% higher than the same time frame last year - time will tell if this is a true spring trend! 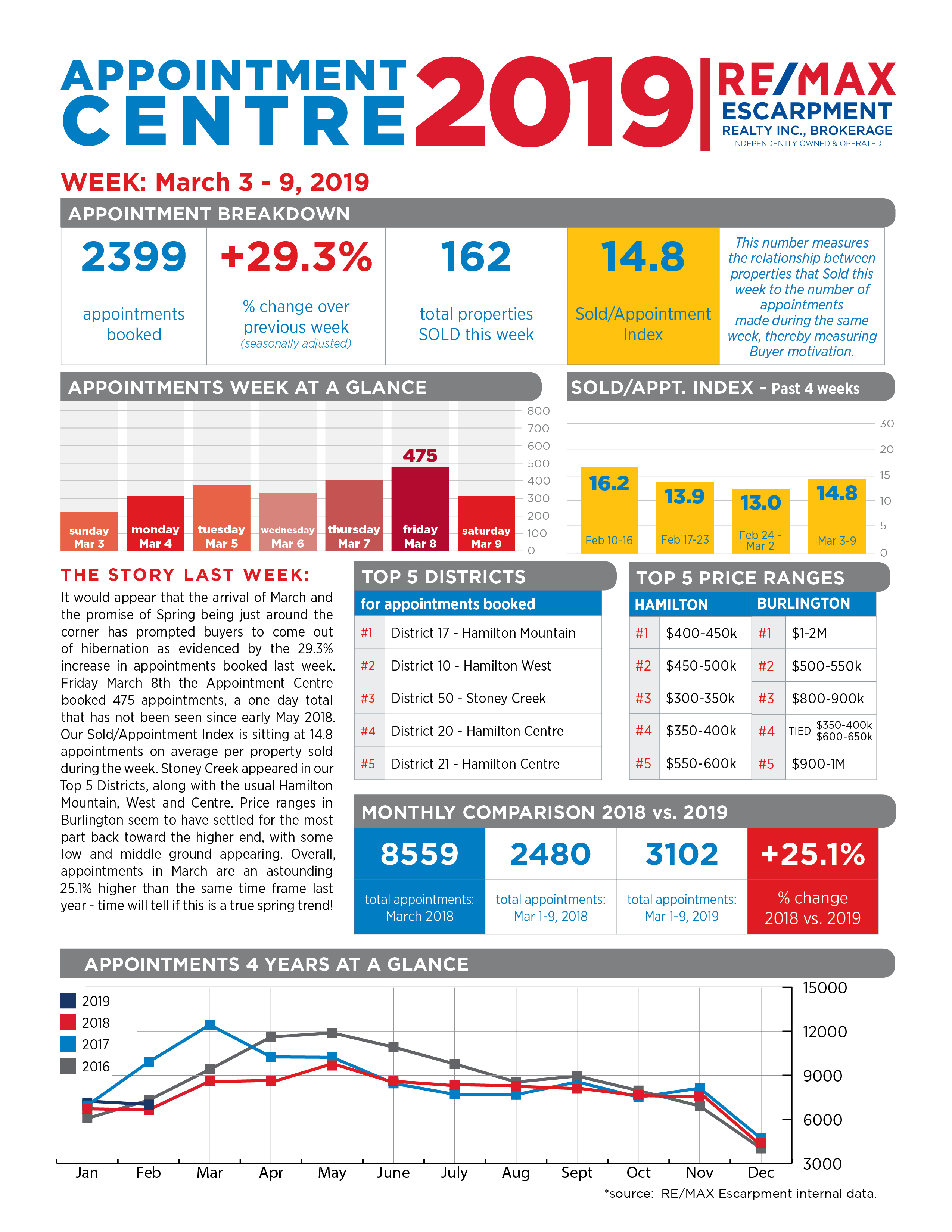