Contrary to usual seasonal trends, last week saw an increase in the number of appointments by 17.5% over the previous week. Although the week began quietly, we recorded the highest number of appointments in a single day on Friday, Nov. 27 that we have seen since September 25!  New listings increased 18.4%, and sales were up 20.2%, making it a highly active week at RE/MAX Niagara & Escarpment.  Overall in November, appointments are up an incredible 61.8% over the same time frame in 2019.

Our Sold/Appointment Index remained relatively stable, as 12.8 appointments on average per property sold due to the increase in both appointments and sales during this time frame. 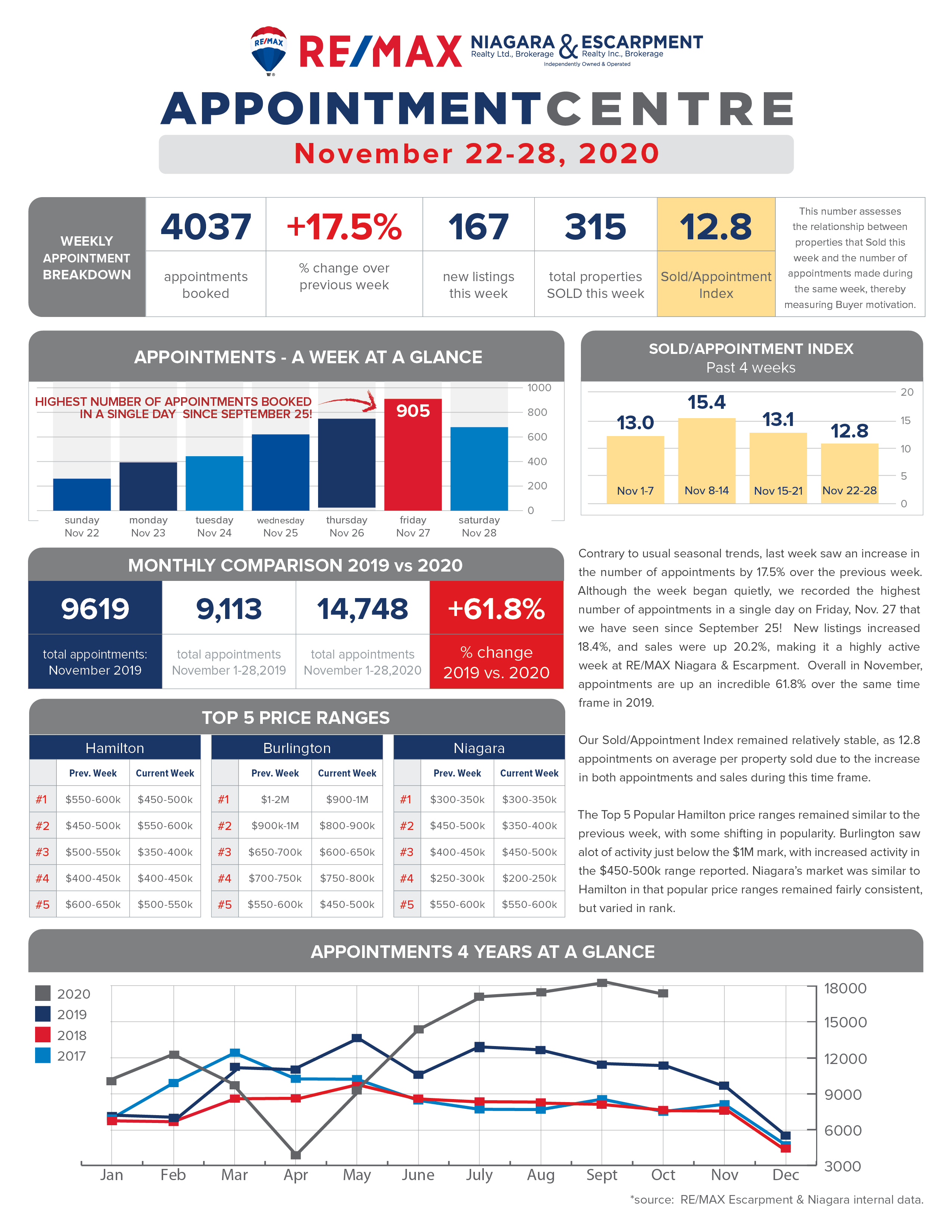