The number of appointments booked last week rose marginally from the week before, while the first half of November is reporting 49.9% more appointments than the same time frame in 2019.

Our Sold/Appointment Index rose to 15.4 appointments on average per property sold during the week, up just over 2 appointments from the previous week.

Every #1 most popular price range in our selling areas was exactly the same as the previous week. Hamilton price points remained similar, just revised in prominence, while Burlington saw much more lower end activity than previously reported. Niagara price points dipped slightly on the lower end, but capped at $550-600k in the Top 5 most popular ranges. 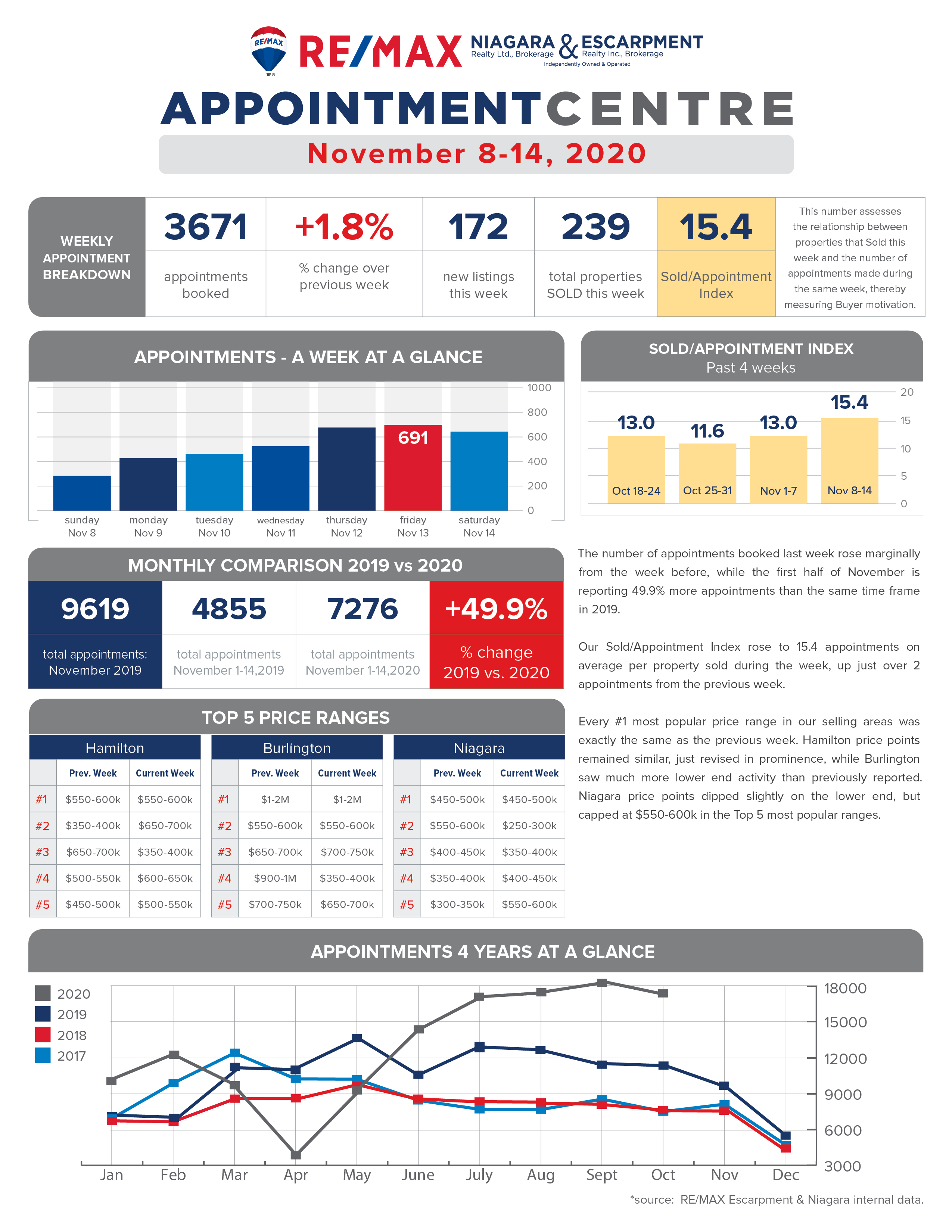