While the week started off slowly, things definitely picked up toward the end of the week, with 492 appointments booked on Friday. While appointments were down overall when compared to the previous week, October saw the second highest monthly increase in 2019, with 35.3% more appointments than in October 2018.

Our Sold/Appointment Index has dropped slightly to 17.8 appointments on average per property sold during the week - still within a range of +/- 5 appointment spread that has been the trend over the past two months.

Hamilton price ranges were fairly consistent when compared to past weeks. Burlington saw a jump in the lower end range to $550-600k - up from $400-450k last week, with the majority of appointments made on the above $700k price points. The majority of popular price ranges in Niagara were fairly standard, however an unusual spike in the $1-2M price range indicates lots of action in the luxury marketplace in this region. 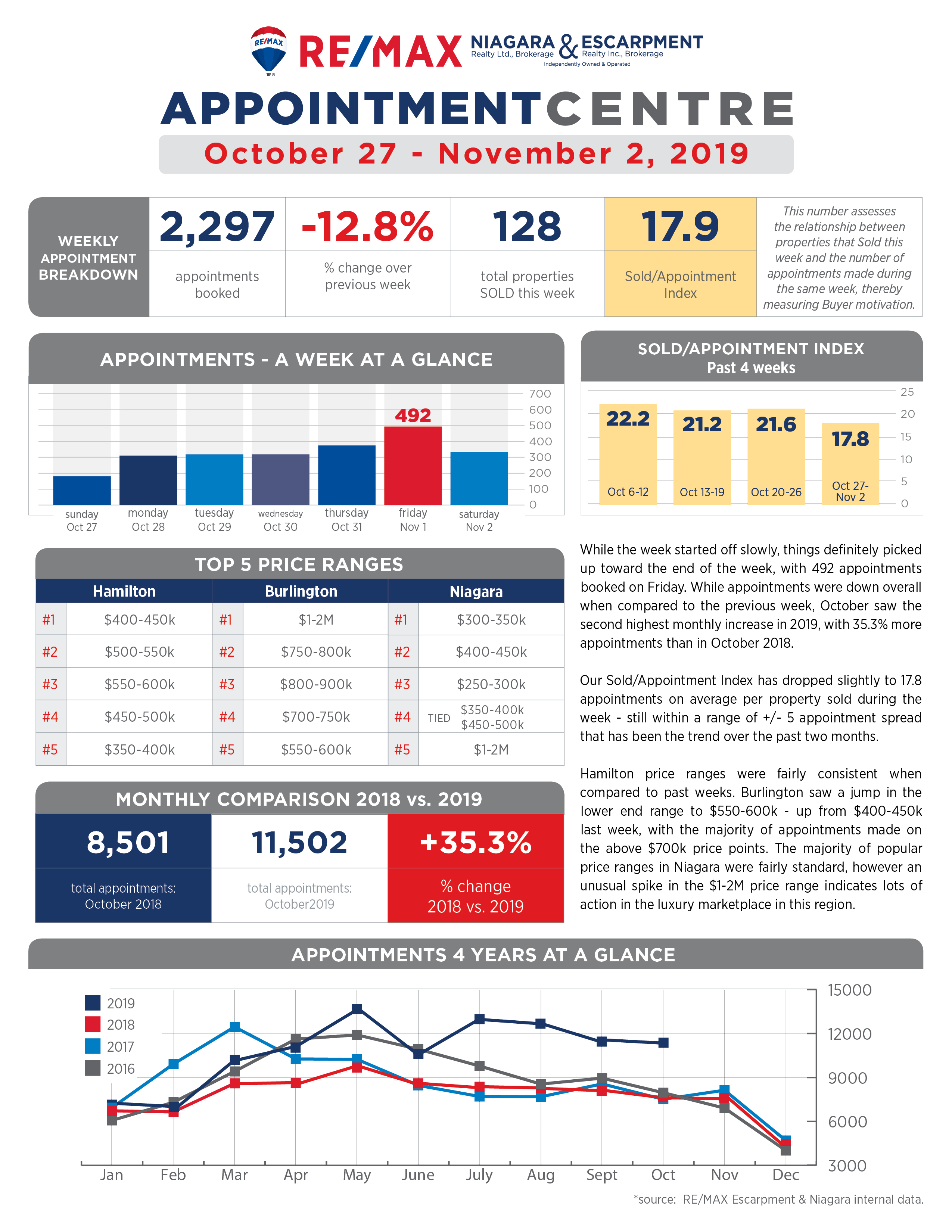