Appointments shifted slightly lower last week in relation to the previous week, however we saw a 10.7% increase in new listings which is hopefully a step in the right direction. The number of properties sold was on par with the previous week, taking our Sold/Appointment Index down slightly to 11.5 appointments on average per property sold during the week.

The big story this week is that September marked the 3rd month in a row that broke the record for the most appointments booked in a single month. In July we booked 17,316 appointments, followed by August, which had 17,696.  September took us over 18,000 with 53.3% more appointments than in 2019!

Our Top 5 Price Range comparison saw Hamilton with very similar numbers as last week, with the upper end nudging up from $650k to $700k. Burlington’s top spot was maintained by the luxury price point, with more activity in the lower and mid ranges than we saw the previous week, but in line with the numbers two weeks prior.  Niagara saw the most popular price range jump from $350-400k to $450-500k, with the other ranges similar to the previous week. 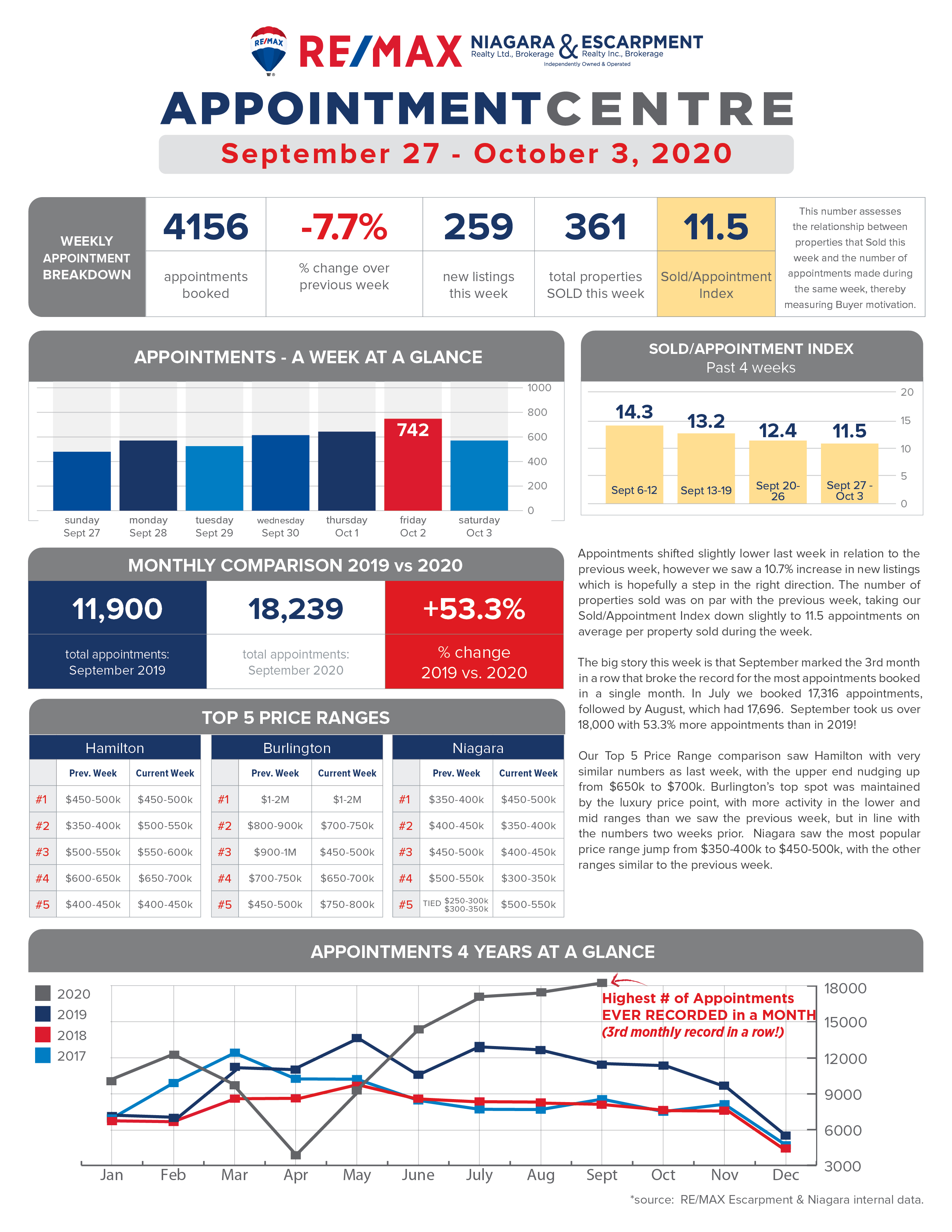