Blog
What's happening in the appointment centre? May 3-9 Market Conditions

The upswing continues in the appointment centre, with 34.5% more appointments last week than the previous week. We broke the 300 appointment ceiling on two days as well - numbers we haven’t seen since the week before the COVID-19 closures began. New listings increased by 15.1% last week, and the number of properties sold increased by 19.6%, taking our Sold/Appointment Ratio to 10.7 appointments on average per property sold. As more listings are coming on the market, Buyers have more to chose from and are starting to look around more, however this index is still reflective of serious intent, as back in early march, it was taking almost 25 appointments on average per sale.

Popular price ranges in Hamilton saw the $1-2M very much in demand during the week, while other price points were somewhat higher than usual as well. Burlington continued to see the luxury price point most popular, with a large range of mid and lower ranges being requested. Niagara saw the most activity in the $350-$600k range, which is slightly higher than normal. 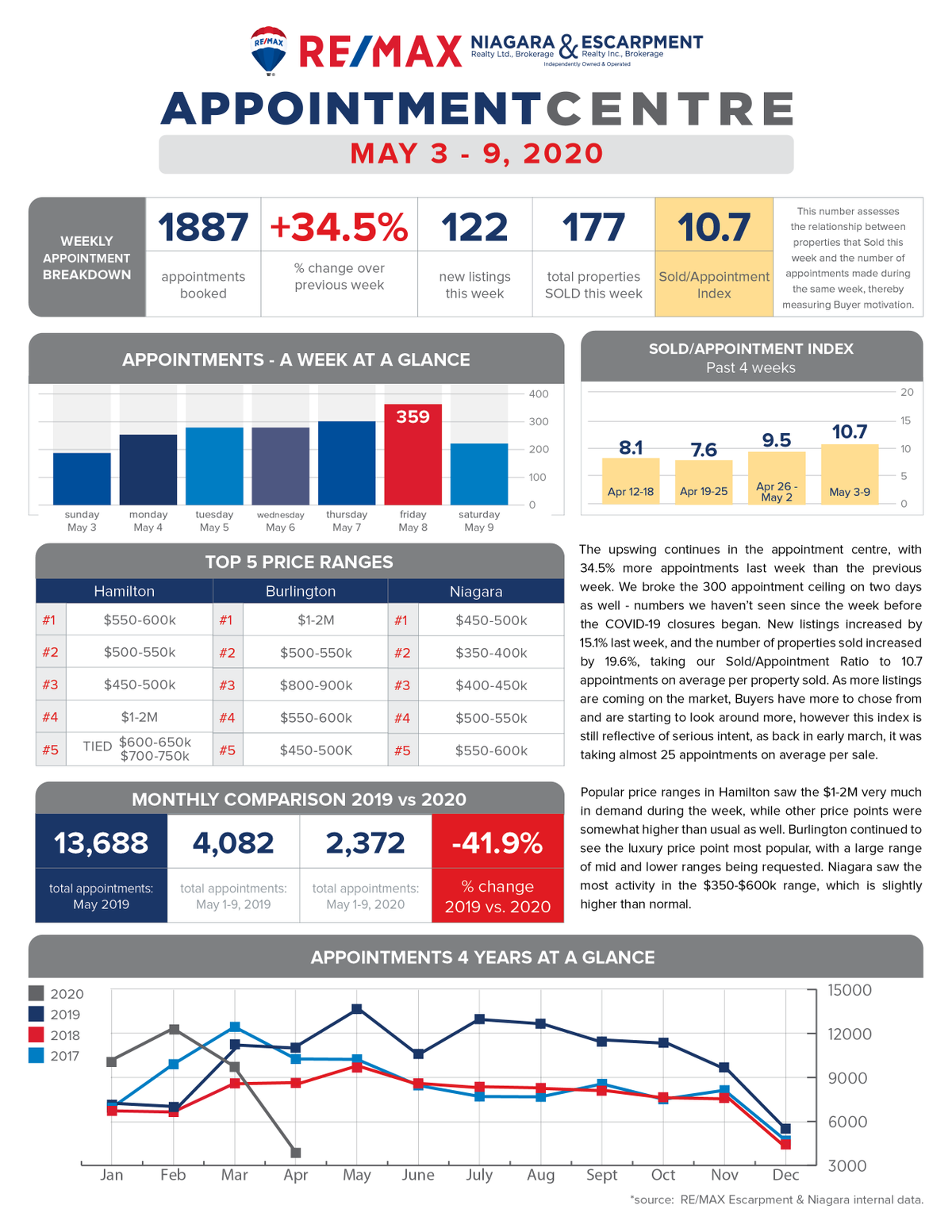